The presents are open, the parties are over and the kids are back to school. Let me just say that you have not seen holiday celebration insanity until you've been closely associated with a military base! It was an amazing season, with concerts and parties and dinners and fun, but I'm so very glad to be getting back into a routine--and back to writing, blogging and a bit of normalcy.

Although I'm not a fan of New Year's resolutions, I am a huge fan of making goals and seeing the fruits of my hard work not only ripen but multiply...and one of those goals is about to be realized! It's a goal that has nothing to do with writing, and everything to do with being a military spouse.

After several meetings and emails and phone calls, much research and a whole lot of luck, this week will mark the inaugural meeting of the Canadian Military Wives Choir Comox! If all goes well, this amazing organization will be setting up shop on my local base, and I cannot wait to be a part of it. 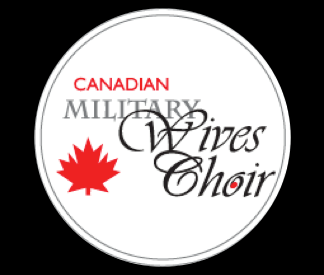 Have you heard of the Military Wives Choir movement? It started just 5 years ago in 2010 when a group of wives (yes, just women) in the UK got together to sing and support one another while their husbands were deployed--a chance to learn, grow and get away from the daily stress of being on their own. The choir grew rapidly with the support of Gareth Malone as their choirmaster, and in  2011 they released their first single Wherever You Are, which shot to number one on the UK charts. There are now more than 80 choirs around the UK and the world.

The first Canadian Military Wives Choir started in 2013 in Ottawa, and the Comox choir will spread the movement to the west coast of Canada. From humble beginnings great things are accomplished. A chorister since my elementary school days, I've wanted to be a part of a choir like this since I saw the Wherever You Are video way back in 2011. So excited to sing with the wonderful people who support those in uniform--Military Wives!

Have you set a New Year's goal? Feel free to share it below!

Posted by Overdunne at 7:30 AM