April: The Month of the Military Child 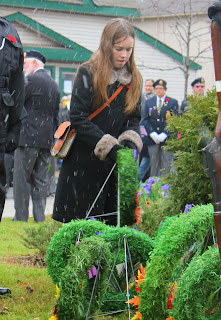 About two weeks ago I had the privilege of sitting in a local elementary school, listening to children from 6th to 10th grade give speeches--in French--as part of a nationwide competition, the Concours d'Arts Oratoire, (Oratory Arts Competition). It was the district finals, and my youngest daughter, who started French Immersion in 4th grade, was one of three finalists speaking in the 8th grade group of 'early immersion' kids, kids who started French in kindergarten.

Her speech was on Les Enfants de la Militaire, basically Military Children. She spoke fluently in a language she's only known for four years, with a passion born from life in seven homes in three countries, seven schools, numerous deployments and goodbyes.

Although my French is spotty, I have to say I was so proud to listen to her speak. She answered questions--in fluent French--about what she loved about being a military child, about the Month of the Military Child, and about her reasoning behind her speech.

She won the division. (so proud!!)

And then a week later my husband received a posting message for another cross-continental, cross-border move.

The fact is, military kids put up with a lot. How many first and second world war children never got to meet their fathers? How many times do military kids have to say goodbye to their bestest of BFF's, because their parent has to go to a new location? Stressors abound in the military lifestyle, and often military kids endure them in silence, because that's just the way life is.

But it's not all bad. In fact, the military life is a pretty fabulous way to grow up. The flower of the military child is a dandelion, and for good reasons. They move, they set up roots, and they flourish wherever they're put. In our family we've 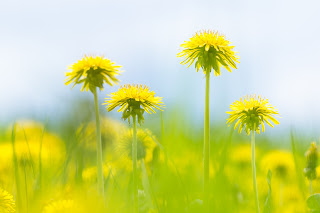 embraced the lifestyle, and it's made all the difference. Being a military child sets kids up for real life.

They're amazing individuals, and here's five reasons why:

All of that movement, all of that change, sets kids up well for real life. Your high school friends most likely won't be there to support you through college. And jobs don't necessarily happen where you want them too. Like many things in life, the only way to learn how to adapt to new situations is to experience them--and these children experience many, many new things in their early years.

In a culture which demands respect, military kids learn the meaning first hand. Yes, there are exceptions to the rule (we've all met that kid), but generally military kids understand that rules are there for a reason.

When my husband went away on deployment in 2010, I knew I'd need help with the day to day things or the house would slowly deteriorate around me. I set up a chore chart, with three sets of chores, rotating between the 3 kids each week. Some weeks were a little harder, some easier, but, surprisingly enough, it worked. My kids learned that if they didn't do the dishes one day, the pile would be even bigger the next. Six years later, that chore chart still exists, and although I sometimes have to prompt, they generally sort it out. It's a huge help. And skills they will need for later in life.

You don't have to be a teenager to know that high schools are social jungles. Walking into a new high school alone, without knowing a soul, is a seriously stressful event. But they do it. Time and again. And next year, it will be a new school, a new job, and a new team in a different place.

One of our favourite parts of being a military family is the opportunities we've had to see new places and experience new cultures. Even within Canada, things are done differently in different parts of the country. Our kids are experienced travellers, and they understand that life does not stop at the high school doors. There is so much more out there and they recognize that they've had many opportunities others don't get to experience... like learning to speak French. Or hanging out with dad at an air show. Or even going to school in a different country.

Do you know a military child? Let them know how much you appreciate their silent support.

Are you a military child? Thank you. Your service behind the scenes makes our world a better place.