Book Release! All the Way Home

So a while back (five years ago? Maybe more?) I started following a sassy Canadian soldier's wife (@reccewife) on Twitter. She shot from the hip, and told it like it was, and I liked her style. Her resolution to treat people to dinner while her husband was deployed was intriguing. And her blog posts were poignant and real.

Fast forward a few years, and Kim and I have become virtual friends through several other platforms, including a group of Canadian military bloggers on Facebook. She recently MC'd a national event to mark the 25th Anniversary of Canadian Military Family Services. And her name has been mentioned more than once since I arrived in the US--she had spoken the year before to Canadian military families here in the US National Capitol region. 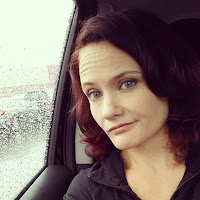 While managing a busy family, a well-visited blog, speaking engagements and a meaningful life as a military spouse, Kim has written a novel--a Canadian military romance novel, to be exact. And I'm so happy to be able to support her as she releases it to the public today. In her words:

"I wrote this book because I wanted to read a story about average Canadian combat soldiers and the people who loved them during the war in Afghanistan.

I’m hoping that maybe there’s a few others out there who were looking for stories like that, too."

Kim Mills intended to grow up to be a psychologist with a loft apartment and 3 cats. Instead she dropped out of college and married a teenage soldier and had babies. No one ever asks her to speak on career day.
After working and volunteering in Social Services for years, Kim began writing in 2011 on what is now the Canadian military family blog She is Fierce. Somehow, that led her here. No one is more surprised than she is.
You can find Kim with the childhood sweetheart she's been married to for over 15 years, along with her 3 kids and their border collie Trooper, making home wherever the army sends them.

ALL THE WAY HOME is book one of a series of books (The Way Home Series), and today is it's Book Birthday!

More about the book (from Amazon): 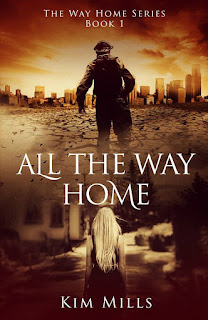 Juliette has been walking through life broken and hurting for years, always relying on her friend Tavish to be there for her when she needs him. As soon as he met her, Tavish knew he would do anything for her, that is, until he enlists in the infantry and leaves town, and possibly Juliette, for good.
Soon the events of 9/11 change everything, and an upcoming deployment to Afghanistan prompts him to reconnect with Juliette 5 years later. Despite the time apart she soon finds herself leaning on him again as their reunion leads to something much more. That’s when tragedy strikes during his deployment, and Tavish comes home shattered. Is Juliette strong enough to offer him the support he has always given her? Will it be enough for both of them to find their way home?
All The Way Home is a Canadian-based military love story, the first in the Way Home series but is a stand-alone with it's own HEA.
This book is intended for audiences 18+. For those dealing with combat related PTSD, some scenes may be triggering.


You can purchase ALL THE WAY HOME on Amazon. And find out more about Kim on her blog: She is Fierce which is well worth a read.

Posted by Overdunne at 7:07 AM