Today’s guest is Roberta (Bobbi) Flood, a friend, entrepreneur and US Coast Guard wife, currently residing in the D.C area.  Bobbi and I met thirteen years ago when we (well, actually our husbands) were both posted to USCG Air Station Elizabeth City and our kidlets were babies. Some serious book clubbing and baby play-dates ensued…and through the wonders of Facebook we’ve managed to keep in touch.

Welcome Bobbi! Thanks so much for joining us on Military Monday!

Thanks Brenda.  I have been reluctant to join Facebook for years, but now I see how wonderful it is to reconnect with pals from the past.  I’m so glad to have found you and learn about your writing career.


So Bobbi, tell us a little about yourself. What is your connection to the military?


I’m military through and through.  I was raised as an Army Brat moving every two to three years.  We were fortunate enough to experience overseas duty stations such as Italy and Korea.  I was in the Army myself for seven years.  Now my husband is a U.S. Coast Guard pilot and we are moving our family around the country every few years.  It has come full circle for me I guess.

Can you give us a brief outline of your career path, and how the Coast Guard/Military life has affected it?


Brenda, I have to tell you that I pretty much do most things in the wrong order.  After college and during my first job I felt the desire to join the military.  So I enlisted in the Army.  Boy did the drill sergeants have fun with that: a college educated recruit.  I served in the Illinois Army National Guard while juggling my work for the Department of Natural Resources as a grower of native plant species.  During this time I took leave to do the OCS program (officer candidate school), start graduate school in Landscape Architecture, and eventually was selected for flight school.


After I got married, my husband started his career in the Coast Guard.  And we decided to have a family.  I self selected myself out of everything.  The funny thing was that I really thought I could be a stay at home mom, do landscape design on the side, and fly in a reserve unit all at the same time.  After a few weeks with a new born, I quickly realized I wouldn’t get anything done but maybe a load of laundry, and not even folded at that.


Flash forward a decade now.  We have moved every few years and grown our family.  A friend of mine had a house fire and lost everything including heirloom photos, scrapbooks, and pre-digital memories.  It got me thinking.  As an army helicopter pilot, I was used to wearing Nomex flight suits that have some inherent flame resistance. I could not let go of the idea that fire protection for household memorabilia could come in more forms that are fire safe.  It took me about 6 or 7 years to incubate the idea. 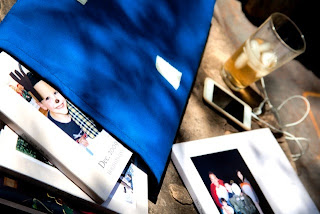 Tell us about ZquaredAway…how did your company come into being?


I finally reached the point were I was ready to jump on in and give this idea a try.  I spent the last two years in product development, testing, marketing and building a brand. It has been a ton of work but if nothing else, I have learned so much.  A business owner has to know a little about everything from payroll to the needle and thread size to use in manufacturing.

How are sales going? Any plans for the future?


ZquaredAway is now selling on Amazon with success.  Amazon offers a start-up the opportunity to reach millions.  We just need a decimal of that amount to prove my concept.  We plan to team up with a manufacturing facility here in the USA to expand production.


Back to your military background, what are some of your favourite things about the Coast Guard life?


I love to tell people about where my kids go on their field trips because that pretty much shows how blessed we are to move to such unique regions. In Alaska, the kids would walk from school to a tidal basin and pick up starfish and sea cucumbers. In Cape Cod, they took trips to Martha’s Vineyard.  In Arizona, a graduate school tour for my husband, we were only two hours from the Grand Canyon and the kid’s classes would go hike up there. Now we are in the D.C. area.  We are ten minutes from all the monuments and capital hill and the field trip possibilities are endless.  These are places that people dream their entire lives of visiting.


What about challenges? Do your feel that life as a Coastie wife has presented challenges that others may not have experienced?


Brenda, I’d like to answer that in regards to career and kids.  First, no matter how we tell ourselves that moving is a benefit for our children and that it makes them stronger, more resilient kids, the truth is it doesn’t make it any easier on them.  They have to prove themselves in a new group of kids each time they move and establish who they are. It is so important to be there for them during each transition.


As a spouse, I had pretty much given up on a career.  Unless you are in a career field that needs folks anywhere, establishing a steady climbing career is just tough.  I chose to lean out and be a steady factor for our kids. I have a friend that likes to say “there will be many chapters to her life.”  I love that quote because I understand that now.  I feel blessed to be able to begin another new chapter now.


That's a great saying--"many chapters".  I may have to use that sometime. Thanks so much for joining us Bobbi! Maybe someday we’ll get down your way again to share a glass of wine.


Thank you Brenda for the opportunity to share my thoughts. Good luck on your next book.  You’re an inspiration to us all.


Aww... :) I've only done a few of these posts, and I'm already finding out so much about military spouses. How strong they are, how inventive they are, and how dedicated they are to their husbands/wives and families. It's been a privilege having you on my blog.
You can find out more about Bobbi’s fabulous ZquaredAway fire, water, and heat  resistant covers at: https://www.zquaredaway.com/ . She’s also on Facebook.
Brenda
Posted by Overdunne at 7:34 AM